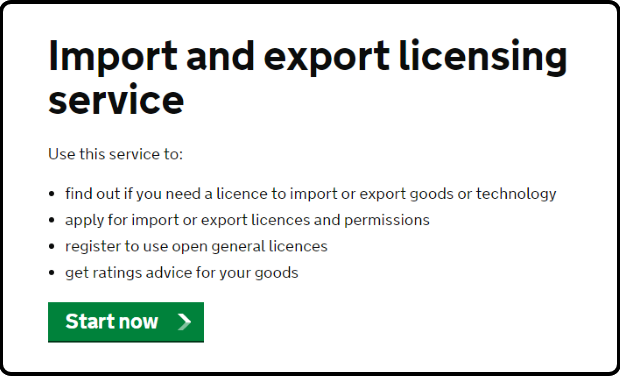 So cheerio, Discovery. It’s been quite the ride, each of us clutching the side of our fairground teacup for dear life as the new import/export licensing system barrels towards Alpha and the serious development to be found therein.

Discovery is over at the end of this week, and the team have been putting together the various reports and summaries with the resolute belief that we now know where we’re going and all those Post-it notes didn’t die in vain. We’ve made presentations to industry and various areas of the government, each of which have gone down well. We’ve crunched data to come up with recommendations we’re very confident about. We’ve interrogated users of the existing SPIRE system with criminal lawyer-like concision to pinpoint where our work can help them out the most.

And as we head towards Alpha, we now have a prototype people can take a squint at, putting a little flesh on the bones of our Permissions Finder at this early stage. We’ve made a video of the prototype in action – the tool is rough and ready, it needs design and content work, but as a means to show you how some of the things we’ve been talking about might actually work when you get your hands on them, we’re quite pleased with it.

Troublingly our lead developer, who's driving the video and who has decided he’d be most likely to export a pump-action shotgun to Albania, sits next to me.

The video shows how we’re hoping to make life easier for traders with the Permissions Finder, which is planned to simplify the jobs currently handled by the Goods Checker and OGEL Checker tools. We’re planning to make the search function more robust for users, in part by providing a sensible short description to each of the goods ratings rather than the sometimes impenetrable language of the Strategic Export Control Lists.

We’re also going to make OGELs less terrifying and easier to understand, though for anyone whose goods can’t be exported under an OGEL we’ll make sure it’s simple to continue to apply for other licence types. We do want to promote OGELs as an easier way for traders to export, but we’re not here to make life harder for anyone already familiar with export control, including government users who deal with applications and registrations as they come in.

We were asked recently why we’ve decided to put the locations questions first, rather than the search functions allowing people to identify their goods. The idea here is we’re able to discern whether a user is an importer or an exporter immediately, based on whether their goods are coming into or leaving the UK, and we can funnel them into the correct part of the new service straight away. As with everything, we’ll be looking for as much feedback as possible on whether this is the right approach.

If you think the prototype demonstrates we’ve listened to nothing you’ve said, tell us so. If you think we’re on the right track and you’re looking forward to using the new system, it’d be great to hear that too. If you’re not sure yet, you’re still on the fence – you’re probably the most sensible among us. We still want to hear from you though.

So it’s bye bye to Discovery, and hello to Alpha in a couple of weeks. User research will start afresh, and a battalion of developers will descend to start making real what once was dream.

With any luck they won’t all be sending shotguns to Albania.

This is a rough prototype of the import/export licensing service, done for discovery, to show the concepts we've come up with for a new style goods checker.

If for example I was exporting a pump-action shotgun that had been imported for a demonstration purpose, I would start the process - it will be coming out of the United Kingdom and it will be going back to the country of Albania.

So here is a list of strategically controlled goods, with descriptions explaining why you might check some of these boxes. A pump-action shotgun is a firearm [checks box, clicks Continue]. And now we get to a search for goods ratings to try and find out which licence the export might be controlled under, so if I look for 'gun' I get a few results, but I'm more after a pump-action style weapon, and that appears to be ML1b2b. To get some context of where this licence condition comes from and sits in I can click the licence summary and find out what ML1b2b is all about.

If I select that goods rating I get to a summary screen, explaining where my goods are coming and going from, what the rating is, and it's identified that my export might be covered under some Open General Licences. Because it was over here for a demonstration, I can read more about that OGEL, and find out what I can do, what I can't do and what I must do to comply with the full licence.

If this licence doesn't apply to me I can go back and find out what if none of these are suitable for my export, and that I may need to apply for a Standard Individual Export Licence or similar, and I can head over to the existing SPIRE application to continue with this process, including some of the data which I've already entered, and the decision that I've already made.